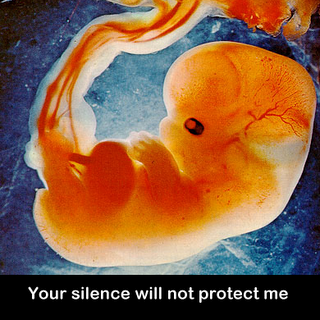 A couple of recent examples come to mind. In Whitby, Ontario, Liberal MP Celina Caesar-Chavannes is sponsoring an e-petition calling on Parliament to ban images of the victims of abortion. The images, of course, are terrible to look at. They show what abortion really does. This makes Planned Parenthood look bad. Ms. Cesar-Chavannes and other defenders of abortion-on-demand don’t want people thinking about the suffering of the pre-born or the tragedy of their being killed. They want people to think happy thoughts about “choice” and “empowerment.”

In Ontario and BC, provincial governments have drawn the curtain on statistics relating to abortion procedures. Taxpaying citizens are not permitted access to the numbers of abortions, the statistical causes, the negative health outcomes, or the cost to provincial coffers. It is censorship and that of the worst kind. They do not censor pornography or lewd displays during the so-called “pride” parades. They only censor important health statistics relevant to their favourite cause: abortion-on-demand.

Another example is the recent action by the City of Hamilton to remove three bus shelter ads sponsored by CHP Hamilton Mountain. These ads show a man entering a door marked “Ladies Showers” and pose the question, “Competing Human Rights—Where’s the Justice?” It appears that some at the City do not want people questioning public policy, which is public information and thus subject to public scrutiny. There is something very wrong when any public policy is sheltered from public scrutiny.


If we're going to ban abortion imagery, then ban all violent imagery. If children shouldn't be subjected to pictures of abortion, then they shouldn't be subjected to any violent imagery. No more public pictures of abused animals, casualties of war, decapitated hostages, drunk driving victims or the like. All of it, banned! For the children.... Let's shield the images of dead children to protect children.

Meanwhile, lewd pictures in the public square are A-OK!