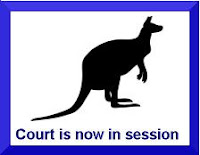 As you may have heard, a woman by the name of Mary Lynn Gentes (spelling?) has laid a complaint against Free Dominion at the Canadian Human Rights Commission.

Connie had received the letter announcing the complaint on Wednesday, and was not given the nature of the charge. The letter informed her that she was to reply to the allegation in two days time. The people she spoke to yesterday on the phone would not give her any information. The HRC faxed the information to her lawyer, and Mark Fournier (her partner in life and politics) had to make a trip to get the paperwork.

Now the details of the complaint are emerging.

The subject of the complaint is one Bill Whatcott, who has already been the target of complaints by other quasi-judicial tribunals. For instance, he was fined $17 500 for by the Saskatchewan Human Rights Tribunal for distributing flyers denouncing homosexual behaviour. SLIGHT CORRECTION: Whatcott was fined for photocopying a classified ad from a gay magazine which solicited boys for sex. Nevermind that could be illegal, he was still fined. Even more outrageous!

This Marie-Line Gentes, the complainer, is quite the flake. I almost feel sorry for the Canadian Human Rights Commission, but I suppose they can't be choosy about who they represent considering the quality of people who would come to them to pull a stunt like this.

Marie-Line Gentes a wildlife biologist who studied at the University of Saskatchewan and now teaches at Vanier College in Quebec. She obviously has a serious hate on for Bill Whatcott and Free Dominion is caught in the crossfire.

The odd thing is she isn't whining about what everyone would expect, she is whining on behalf of her poor Muslim brothers and sisters. I guess she figures they are too stupid to act on their own behalf so she will condescend to do it for them.

Some of the lawyers looking into this are at the moment deciding how much I should publish here. I really want to put up the whole text of her absurd complaint but for the time being I will generalize.

The offending thread shows one of Bill's offending flyers.

Updates will be added as more details emerge

The following are the offending posts, attributed by her to Bill Whatcott:

04/24/06 "I can't figure out why the homosexuals I ran into are on the side of the Muslims. After all, Muslims who practice Sharia law tend to advocate beheading homosexuals."

03/09/06 "I defy Islamic censorship and speak about what I believe is the truth about violent Islamism and its threat to religious liberty in Canada."

Gentes also claims she was discriminated against due to the appearance of the following posts which she claims appeared at Free Dominion.

"How many of us pay nothing but lip service to the Muslim threat here in Canada?"
"Probably everyone want to jail a Muslim."
"I have to ask why we are importing them here?"
"Islamic fundamentalism and its threat to Canada's religious and civil liberties."

Connie Wilkins will be interviewed by Michael Coren on CFRB on Sunday at 7:30 pm.