Abortion Rights Coalition of Canada Upset at Media Use of Images


How many times have you seen an article about abortion that is accompanied by a stock photo of a pregnant woman obviously in the third trimester? Such photos are inaccurate and inappropriate. Portraying a heavily pregnant woman in the context of abortion simply feeds the anti-abortion myth that women routinely have abortions right up to the 9th month of pregnancy. Pairing such a picture with an article on abortion may even directly contradict the facts and arguments in the piece.

But you would support a woman's right to choose abortion at that time for any reason, right?

One of the images recommended is this: 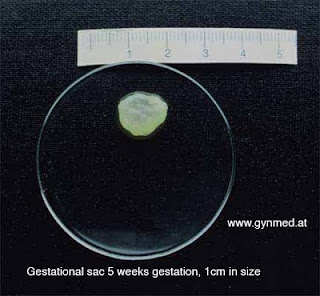 Of course, the gestational sac is not exactly at the heart of the debate on abortion. If they wanted to be REALLY accurate, they'd opt for a picture of an actual embryo: 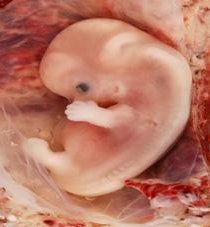 Heck, if the journalists were REALLY keen on showing the issue, they'd show the graphic image of an abortion.

The ARCC is urging its members to email the picture to journalists who use an image of a pregnant woman.

I just thought of something.

The picture of the gestational sac at 5 weeks...

Besides not showing the humanity of the unborn child...

It's not even an abortion.

It's probably taken from a miscarriage. There's no blood. Unless they took it from a medical abortion, but they would have had to clean it up. I think it's unlikely.