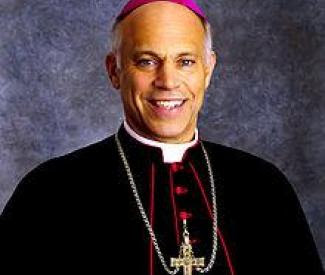 The award goes to Salvatore Cordileone

So now the center of the crazy-looney-here-comes-the-devil branch of the Church has a powerful throne here in San Francisco. What this is going to do, of course, is drive gay people, and liberals, and moderates, and pretty much everyone who's sane to question why they even stay in the Catholic Church. And maybe, as one gay Catholic told me, that's exactly what Rome has in mind -- get rid of the malcontents and the thinkers until the Catholic Taliban is all that's left.


Welcome to the Tolerant Left.

Why is the Archbishop so bad? He refused to allow drag queens from emceeing charity events in parish halls.

And he opposes same-sex marriage.

Oh, that the Lord would send us such horrible, horrible bishops.

I'm just bemused that anyone would give a Catholic archbishop the title "worst archbishop ever." Maybe we should have yearly contest. :)