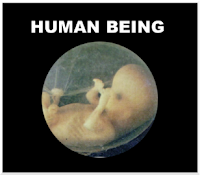 A letter from "notable Canadian women" to all women MP's:


"We need to conceive of human rights from a woman’s perspective."

And if a human being has to die for human rights from a woman's perspective, too bad for them!

And they wonder why people think of them as female supremacists?

"The decision to end an unwanted pregnancy has been recognized by the Supreme Court of Canada as a woman’s constitutional right, in the Morgentaler and the Daigle cases."