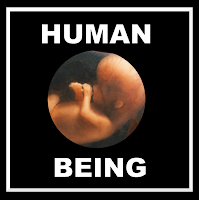 Because she propagates widely disseminated myths about abortion history:

1. "Historically, a fetus has never (or very rarely) been considered a person or human being, at least not before "quickening", an old-fashioned term indicating noticeable movement of the fetus. The Catholic Church generally disliked abortion because it represented illicit sex, not because it killed a fetus."


The earliest explicit teaching against abortion is found in the Didache (The Lord's Instruction to the Gentiles through the Twelve Apostles). This work (c. 80) is the oldest source of ecclesiastical law and, after the New Testament, the first Christian catechism. The pertinent passage reads: "You shall not slay the child by abortion."

The second reference to abortion appears in a theological tract known as the Epistle of the pseudo-Barnabas, written about 138. This work was highly regarded for centuries, especially by the theologians of Alexandria. The author treats abortion as a corollary to the law of fraternal charity: "You shall love your neighbor more than your own life. You shall not slay the child by abortion."

Athenagoras, an Athenian philosopher, states in a letter to Marcus Aurelius (177) that: "All who use abortifacients are homicides and will account to God for their abortions as for the killing of men." Clement of Alexandria, the "Father of Theologians," wrote in 215 that abortions "destroy utterly the embryo and, with it, the love of man."

2.  "The church did not make abortion an excommunicable crime until 1869."

The first distinction to be made is between moral law (as conceived in the Catholic tradition) and canonical penalty. Whereas the Church's moral law has always classified every destruction of the unborn as gravely sinful, its canonical penalties have varied throughout history and were sometimes modified either by the cultural attitudes and scientific opinions of the day, or because of their lack of effectiveness. Rev. R. J. Huser's careful study of the development of canon law with regard to abortion provides extensive amplification of this point. In 1588, for example. Pope Sixtus V tried to discourage abortion by issuing severe penalties, such as reserving absolution from excommunication for all those who procured abortions to the Holy See. A few years of experience showed that the severity of this penalty was not only ineffective, but occasioned much spiritual harm inasmuch as it discouraged people from going to confession. Accordingly, in 1591, Pope Gregory XIV rescinded some of the harsher penalties of his predecessor and returned absolution to the local ordinary.

Canon law does not determine the morality of abortion. It always assumes this and proceeds to determine how the Church, as a community, should deal with members who are guilty of abortion. The very fact that there have always been canonical penalties for abortion is a reflection of the Church's position that abortion is a grave evil; for canon law never prescribes penalties for venial sins —prayers and good works have always been regarded as sufficient for their remission.