Was it fair to saddle that baby with all those problems? 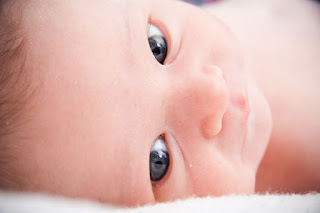 
James was still in a quandary when, three days later, he and Sophie received even more devastating news. Tests on the amniotic fluid showed that, in addition to Down’s, their baby had a rare chromosome abnormality known as Jacob’s Syndrome. He had an extra Y chromosome which meant he might have learning difficulties and autism.


The specialist had never encountered a pregnancy where the baby had two chromosome conditions, so an accurate prognosis on what kind of life he would lead was impossible.

‘I went to pieces,’ recalls Sophie. ‘Our baby had come through so much and I had been so positive but now, for the first time, I worried about his quality of life. If anything I loved him even more, but was it fair to saddle him with all these problems?'

But it's more fair to give up on him and have him killed?

How could I bring a child into the world knowing he might suffer?’

And if they don't as some point in their lives, they become spoiled.

Fuzzy moral thinking is a bane on Western Civilization.

Email ThisBlogThis!Share to TwitterShare to FacebookShare to Pinterest
Was it fair to saddle that baby with all those problems?
2012-09-05T22:43:00-04:00
Suzanne
abortion|Down Syndrome|fetal rights|m312|prolife|
Newer Post Older Post Home