Liberals Have to Stop Trying to Be Fake Socialists 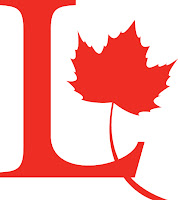 So this is Warren Kinsella's advice:

First, progressive Canadians have to stop fighting each other and dividing the vote. The Liberals and the New Democrats have skills that complement each other, he argues. Liberals have experience in governing at the federal level that the NDP lacks while the NDP is better at fundraising and has a strong grassroots.

“As long as Canadian progressives remain divided, it is Stephen Harper who will keep on winning,” writes Kinsella.

Liberals are bourgeois. Dippers are revolutionaries.

Dippers can only get bourgeois socialists politicians to take them anywhere, electorally. If they voted in one amongst themselves, they'd collapse.

Now I haven't read the book, so in fairness, I'm doing this blind, but the other means to help the Liberals is to try persuade people of their message. It's not like they don't have the media clout to do it.

The Conservatives have portrayed themselves as hockey dads who hang out at Tim Horton’s and progressives as latte-sipping elitists. Kinsella argues that progressive forces should tap into the sentiment that fuelled the Occupy Movement, point to the growing gap between the very rich and ordinary Canadians – and position themselves as being on the side of the 99 per cent.

Fight the Right is at its worst when Kinsella indulges in over the top demonization of Conservatives such as describing them as “red-necked knuckle-dragging mouth-breathers who want to take us back to the Dark Ages or worse.”


Liberals trying to tap into socialist sentiment, while many of them are bourgeois themselves, and then condemning right-wing Canadians as knuckle-draggers.

Does anyone else see the problem here?

Most people are not ready to march into the streets for any cause, especially something as ill-defined as Occupy.

What would be more electorally productive would be to tap into average people concerns.

For example, in Quebec City, thousands upon thousands of Tim Hortons Dads marched to show their support to get an NHL hockey team. People who never go to protests went to this thing because they want a team badly.

I oppose state interventionism, but these are the people the Liberal Party should target, offering to work to bring a hockey team to Quebec City. Fringe movements like Occupy that lose steam once its members get out of university, settle down and have kids.

Electoral politics is essentially bourgeois. Average people like predictability and the appearance of competence, which is why political candidates sport business wear when they run for office. They also like people who speak their language and understand their values. Jean Chretien, inarticulate as he was, spoke the language of the people. He knew what average people are thinking and he cared. Stephane Dion and Michael Ignatieff were aloof from those concerns. The presumed leader-elect, Justin Trudeau, will sink the party deeper into oblivion.

When you condemn right-wingers as "knuckle-draggers" you are condeming a huge swath of the Canadian electorate. There are a heck of a lot of people in Canada who oppose abortion, homosexuality, state-funded-everything, and who support the death penalty, war with terrorists and the like.