QUOTATION: Submitting to the Magisterium 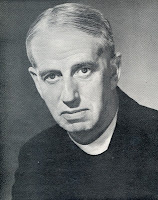 Intellectually speaking, the position of one who "submits to the Church" is that of one who has reached a satisfactory induction--namely, that the Church is infallibly guided into all truth--and can infer from it, by a simple process of deduction, the truth of the various doctrines which she teaches. He does not measure the veracity of the Church by the plausibility of her tenets; he measures the plausibility of her tenets by the conviction he has already formed of her veracity. Thus, and thus only can the human intellect reasonably accept statements which (although they cannot be disproved) cannot be proved by human reason alone.