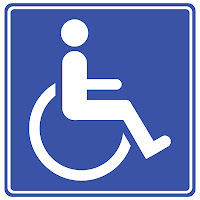 Furthermore, trying to outrun stigma through linguistic gymnastics often produces short-lived results. Consider what linguists call the "euphemism treadmill." Over time, lexical euphemisms have a tendency to take on the stigma of the words they replace, so new euphemisms are coined to take their place (www.cmaj.ca/lookup/doi/10.1503/cmaj.109-3308).

Others have noted that tucking the disability behind the noun may contribute to stigma rather than reduce it. After all, most adjectives with positive connotations precede nouns. We do not typically say a "person who is beautiful," for instance, or a "person who is intelligent." Sticking a word in the shadow of a noun can create the impression that there is something inherently wrong with it — that it should be hidden.

"Clutter is the disease of American writing," William Zinsser wrote in On Writing Well. "We are a society strangling in unnecessary words, circular constructions, pompous frills and meaningless jargon."

That didn't stick around too long.