Danish midwives' experiences with and attitudes towards late termination of pregnancy.

A small study using only 10 interviewees, but still interesting: 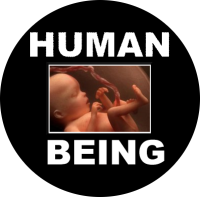 Current practice of late TOP resembles the practice of normal deliveries and is influenced by a growing personalisation of the aborted foetus. The midwives strongly supported women's legal right to choose TOP and considerations about the foetus' right to live were suppressed. Midwives experienced a dilemma when faced with aborted foetuses that looked like newborns and when aborted foetuses showed signs of life after a termination. Furthermore, they were critical of how physicians counsel women/couples after prenatal diagnosis.

The midwives' practice in relation to late TOP was characterised by an acknowledgement of the growing ethical status of the foetus and the emotional reactions of the women/couples going through late TOP. Other professions as well as structural factors at the hospital highly influenced the midwives' ability to organize their work with late terminations. There is a need for more thorough investigation of how to secure the best possible working conditions for midwives, and how to optimise the care for women/couples going through late TOP.


The baby? Who cares. If a human being has to die in the name of women's empowerment, who cares? Right poor-choicers? Right.