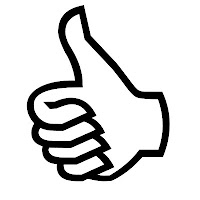 LANGLEY, B.C. (December 6 2012) – In the midst of preparing to file a lawsuit against their student association for discrimination, the pro-life student group at Kwantlen Polytechnic University in B.C. has been granted full club status.

The Runner, the Kwantlen student newspaper, reported that the Kwantlen Student Association (KSA) reversed its earlier decision during a two-hour in-camera session on December 5th, and has now granted Protectores Vitae (Protectors of Life) formal status as a campus club. The specific content of any motions from the meeting was not made available, nor was the record of how the individual board members voted. Oliver Capko, the president of Protectores Vitae, was contacted later that evening by Christopher Girodat, the Chairperson of the KSA Executive Committee, who informed him of the decision.

“I am relieved that the issue has been resolved,” said Oliver. “After working towards this all semester, it is great to finally be accepted and treated like other clubs on campus.”

This decision by the Kwantlen Student Association was a reversal of its November 9th decision, which rejected the group’s application on the grounds that it conflicted with the student union’s pro-choice policy on abortion. Protectores Vitae secured legal representation from the Justice Centre, and demanded that the student association rescind their decision and, when the KSA did not, Protectores Vitae prepared to file a lawsuit.

“The Justice Centre has invested a lot of time in legal research and preparing the court documents, but we are happy that it will not be necessary to commence a court action against this discrimination,” stated Calgary lawyer John Carpay, President of the Justice Centre for Constitutional Freedoms.

“This has not been the first time such discrimination against pro-life groups has happened on university campuses,” commented Anastasia Pearse on behalf of the National Campus Life Network. “We hope that other student associations will learn from Kwantlen’s example so that this won’t happen again.”

The students of Protectores Vitae, who are currently in the midst of exam season, plan to begin club activities on campus in the New Year.

“Now that we no longer have to fight against discrimination, we can actually focus on why we wanted to start this club in the first place,” said Oliver. “It’s important that bioethical issues, like abortion, are raised on campus and we look forward to being part of that conversation here at Kwantlen.”