Two Fake Pictures of the March for Life 2013

I'm posting this as a public service, after I unwittingly shared these with others and subsequently learned they were not pictures of the Washington March for Life 2013. 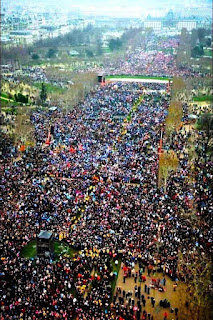 This is not the March for Life. It's the Manif pour Tous protest that took place on January 13th in Paris. I got suspicious because the architecture looked wrong. 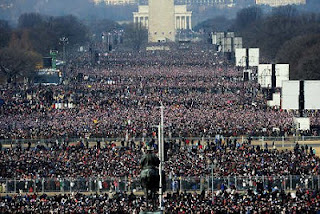 This one is in Washington, but no one seems to be protesting. I Googled it and saw that it appeared on Msgr. Pope's blog two days ago, so it's not a post from today's March for Life.

These were posted to show how impressive the March was, but I have not been able to find any good aerial shots of the crowd.