Five of My Favourite Quotes from Pope Benedict XVI 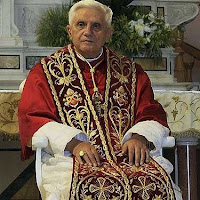 The arrogance that would make God an object and impose our laboratory conditions upon him is incapable of finding him. For it already implies that we deny God as God by placing ourselves above him, by discarding the whole dimension of love, of interior listening; by no longer acknowledging as real anything but what we can experimentally test and grasp. To think like that is to make oneself God. And to do that is to abase not only God, but the world and oneself, too.

--From Jesus of Nazareth.

It is sad that there are what you might call professional Catholics who make a living on their Catholicism, but in whom the spring of faith flows only faintly, in a few scattered drops. We must really make an effort to change this.


4. The Dictatorship of Relativism

A dictatorship of relativism is being constituted that recognizes nothing as absolute and which only leaves the ‘I’ and its whims as the ultimate measure. Relativism, that is, allowing oneself to be carried about with every wind of ‘doctrine,’ seems to be the only attitude that is fashionable. 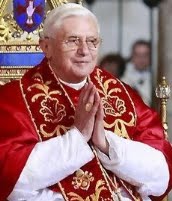 Today the concept of truth is viewed with suspicion, because truth is identified with violence. Over history there have, unfortunately, been episodes when people sought to defend the truth with violence. But they are two contrasting realities. Truth cannot be imposed with means other than itself! Truth can only come with its own light. Yet, we need truth. … Without truth we are blind in the world, we have no path to follow. The great gift of Christ was that He enabled us to see the face of God.


Taken from The Catholic Breadbox.


The Catholic Company has launched a World Day of Prayer for Pope Benedict XVI on February 28th.

Facebook page for World Day of Prayer. Invite your friends!

Benedict’s renunciation and the wolves within the church


Carhart instructed patients not to go to ER, falsified safety of late-term abortions

The Global Catholic Population-- Demographic information for the Pew Forum

Iceland to ban pornography? This appears to be for real.

Benedict XVI says he will 'remain hidden from world'