SunNews Will Break Its Silence on Gosnell on Monday Night 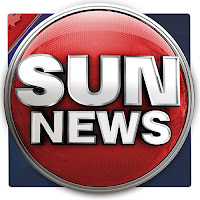 Brian Lilley will feature a segment about the notorious abortionist on his show.

I must give some credit to the Canadian Media. The National Post and a blogger at La Presse have mentioned Gosnell.

The story now seems to be just as much about the media's neglect of this story as the alleged crimes with which Gosnell is charged.

I fear that because some of the details are so gruesome they will be censored. The liberal media will broach the topic-- thereby  acquitting themselves of the charge of ignoring the story-- but they will avoid the nitty gritty of the story in order to shield themselves from the hard questions. I can even see some of them saying they don't want to "trigger" anyone. Their negligence would be framed as something benign.

We must get the media to talk about the allegations against Gosnell, as well as the testimony against him. This is not ultimately about the media, but about life and death.