The Crimes of Kermit Gosnell -- Operating an Unsanitary Abortion Clinic 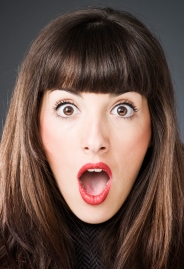 In light of this suspicious death and the other significant health and medical concerns, DEA Agent Stephen Dougherty invited personnel from the Pennsylvania Department of State (which regulates doctors and the practice of medicine) and the Pennsylvania Department of Health (which regulates health care facilities) to accompany law enforcement officers on the February 18 raid. No one from these agencies had visited the clinic in more than 15 years, even after the Department of Health had been informed of Mrs. Mongar’s death months earlier. The search team waited outside until Gosnell finally arrived at the clinic, at about 8:30 p.m. When the team members entered the clinic, they were appalled, describing it to the Grand Jury as “filthy,” “deplorable,” “disgusting,” “very unsanitary, very outdated, horrendous,” and “by far, the worst” that these experienced investigators had ever encountered.

There was blood on the floor. A stench of urine filled the air. A flea-infested cat was wandering through the facility, and there were cat feces on the stairs. Semi-conscious women scheduled for abortions were moaning in the waiting room or the recovery room, where they sat on dirty recliners covered with blood-stained blankets. All the women had been sedated by unlicensed staff – long before Gosnell arrived at the clinic – and staff members could not accurately state what medications or dosages they had administered to the waiting patients. Many of the medications in inventory were past their expiration dates. Investigators found the clinic grossly unsuitable as a surgical facility. The two surgical procedure rooms were filthy and unsanitary – Agent Dougherty described them as resembling “a bad gas station restroom.” Instruments were not sterile. Equipment was rusty and outdated. Oxygen equipment was covered with dust, and had not been inspected. The same corroded suction tubing used for abortions was the only tubing available for oral airways if assistance for breathing was needed. There was no functioning resuscitation or even monitoring equipment, except for a single blood pressure cuff in the recovery room.