"Kermit Gosnell was an outlier!" 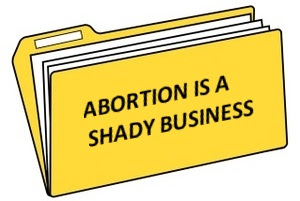 The two nurses told a Senate hearing this week that they had repeatedly attempted to get authorities to intervene – but in vain. In one of her letters to Planned Parenthood alerting them of conditions inside the clinic, nurse Mitchell-Werbrich had described how on various occasions she witnessed Liveright ogle, slap, and play peek-a-boo with patients.

She told the Senate hearing how on one occasion Liveright “left sedated patients in the middle of an abortion procedure waiting for hours in order to handle a mechanical issue with his private airplane.”
The nurse, who only worked at the clinic for 27 days, said that on the average day at Wilmington Planned Parenthood, an abortion would be completed every eight-to-10 minutes.

“The doctor would be in such a hurry to get the patients in and out himself that he would bring patients back into unclean procedure rooms where the examination table would still have bloody drainage and body fluids from the previous patients,” she said.

The nurses also recounted how surgical instruments were improperly sterilized, surgical suites were not properly cleaned between patients, equipment was outdated and in some cases broken, staff were unqualified and untrained and drugs used were expired.