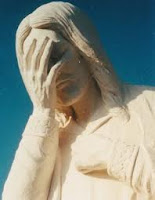 In 2011, L’Espresso reported that the Maribor archdiocese had accumulated $1 billion in debt through speculative investments and that the debt had led a Catholic television station to broadcast pornography in the hope of attracting more viewers.


Precisely why I think getting involved in the stock market is an extremely bad idea.

The Church should not be profit-driven.

I have no problem with making profit.

But it can distort the behaviour of officials. I mean, imagine, you're clery, the company you've invested in needs money and it asks to be the "official sponsor" of a local event.

The Church is better off being poor than connected to business.