Yes, the ProLife Movement Needs Atheists (and Everybody Else) 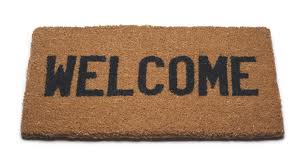 I think the Pro-Life movement is experiencing growing pains.

My personal goal is to achieve fetal rights.

I personally do not care who gets the job done.

Catholics have been in the forefront of this movement.

But if atheists can do better, then oh my goodness, be my guest!

The pro-life movement is used to being wall-to-wall Christian. And it's even awkward when Protestants show up at primarily Catholic pro-life events, and vice-versa. I know some people complain that Campaign Life is too Catholic.

Part of the dilemma for the average pro-lifer is that we believe that faith will win this for us, and that faith is the answer, we have to hang on to the faith aspect of it.

So we strongly feel the need to honour God and acknowledge him as our strength.

And Christians are also positively sick and tired of being told to keep their faith to themselves. Atheists complaining of the religiosity of the pro-life movement feels like another attempt to closet devout Christians (I'm not saying that's the intention, only how it feels to Christians.)

That being said, there is a need to create a space within the movement where non-Christians can work towards fetal rights.

Because we need as many hands as we can get.

Part of the solution will be for secularists to create their own space through their own networks.

Part of the solution will be for Christian pro-lifers to think of ways to not be exclusively Christian in their activism.

Some activities, like 40 Days for Life, will continue to be exclusively Christian. It`s a prayer vigil,so of course it`s for believers.

But if/when non-Christians become numerous enough we're going to have to think about appealing to a different demographic.

And I think there needs to be the realization off the bat that Christian and atheist pro-lifers are just not going to agree on a lot of things.

Catholic pro-lifers are really big on building the Culture of Life.

Catholic and atheist pro-lifers share the political goal of establishing fetal rights, but for Catholics this is one part of the goal of the Culture of Life, which atheists are often cool to.

But here's the thing.

Even though I think fetal rights is on shaky ground without the Culture of Life, it doesn't mean I don't think atheists shouldn't try to help with it.

The nice thing about truth, is that if you're wrong, if you're looking for it, you'll find it.

Atheists who believe in fetal rights are obviously truth-seekers. If they understand the right to life, and believe in protecting the unborn, the rest will eventually follow. They will come to understand the need to improve our sexual mores, our family structure, our understanding of the differences between the sexes.

And they may even come to believe in God and profess faith.

If we wait until people are theologically sound before we "let" them join our movement, then nobody will join. We become an exclusive club. And that doesn't advance our cause.

We need to make people feel they're welcome to lend us a hand.

So let's make space for the atheists and sundry other non-Christians.