These Campaigns to End Abortion Stigma Are Not Well Thought Out 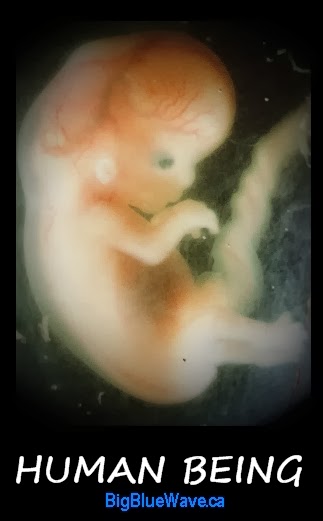 Abortion advocates are desperate to diminish the stigma of abortion.

They know that their movement has suffered greatly because pro-lifers have done a great job of exposing the evil of abortion.

Hence the creation of the 1 in 3 Campaign. According to this college writer:

The 1 in 3 Campaign is about letting individuals who have had abortions tell their stories without the shame and stigma that currently surrounds the abortion conversation. We are reclaiming our voices, and telling our stories so that woman around the nation can tell theirs too. Not only do we hope that the sharing of personal abortion stories finally puts an end to the stigmatization of abortion and women who have abortions, but we hope it mobilizes abortion supporters to advocate for safe, legal and affordable abortion care.

These campaigns are built on the expectation that if people only knew women's stories, they would suddenly understand why abortion isn't so bad after all.

The stories would dissipate all the images of dead babies and in Calvinist fashion overcoat the evil of abortion with the saving power of feminism and women's experiences.

The problem with these campaigns is that the stories focus on the circumstances and alleged need for abortion and not on abortion itself.

So it's not de-stigmatizing abortion at all.

If you want to destigmatize something, you have to focus on the thing itself.

How did people destigmatize people of colour? By focusing on people of colour. They didn't only insist on human equality. They had to get whites and blacks to interact with one another.

Name any kind of campaign for de-stigmatization, and it only happened by focusing on the thing itself.

But you can't focus on abortion to de-stigmatize it. Abortion stigmatizes itself.

The more one focuses on abortion what it actually, the more one realizes it consists of killing human offspring.

That's not something you can spin in a positive way.

This is also beside the fact that abortion often accompanies some very shady situations. The conception, the decision-making period, the abortion experience and the post-abortion period are all potentially fraught with stigmatizing situations such as:

"I got an abortion to keep my boyfriend, but he left me."  [Sucker!]

"I was the victim of domestic violence so I got an abortion."

"I was too poor to have a baby so I had an abortion."

"The abortion was terrible! The doctor didn't even ask my name and it hurt like hell!"

And you can be certain that a lot of these 1 in 3 stories will leave out such salient details or else cover them up with euphemisms, but people read in between the lines.

You can't destigmatize abortion. Even in countries with complete acceptance of legal abortion, people are at the very least sheepish about having to terminate the life of their unborn child.