Overzealous Evangelism Sucks. But Silence is Even Worse 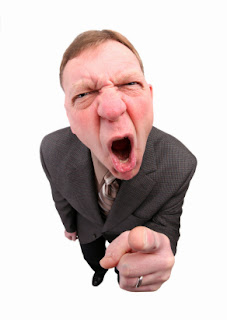 After telling about his experience with overzealous TSA workers, Sam Rocha compared Catholic Culture Warriors to them:

Sometimes I feel like the Catholic circles I run in, online and elsewhere, dangerously trend toward being similar to that dysfunctional TSA security station. Perhaps worst: unlike the security workers, many of these Catholics spend a great deal of time harassing each other, spewing outrage and sharing more fuel to be outraged about and watching programs that remind them about the ubiquity of outrage. They send lots of emails, too. Lots of them fake, but outrageous.


Yep, there is a lot of masturbatory outrage out there.


A lot of it is ubiquitous.

I believe there everything is required in the right measure, including outrage.

There was a time when, for many Catholics of my generation, there was no outrage.

And the things we should have been outraged about became normal and accepted in our Church.

We internalized that lack of outrage as a type of sophistication. What? You're getting upset over that? Get with the times! Mature Catholics don't worry about that.

And there's still plenty of that in the Church. Especially in Quebec.

Maybe it's a good sign that there's too much outrage. Because too much is better than not enough.

It's somewhat edifying that there are lots of people who are zealous enough to care about souls and the Truth that they want to rage at the evil in the world.

That being said, overzealous evangelism does suck.

People get the impression that the purpose of being Catholic is to nitpick at evil.

And that Catholics are constantly angry and bitter at the world.

There is a lot to be angry and bitter about, but there's a lot more to be happy about.

And I don't think outsiders really get that.

Loving God and Being Loved by Him is what makes it all sweet.

For some of us, the crosses in our life are so heavy, if it wasn't for God's love, we couldn't and wouldn't do it.

People don't get that it's that joy that keeps us going.

And it's not a human joy, but a divinely inspired one that can only come from genuine faith.

We should continue to denounce the evils of the world. We need prophetic voices. They will never be liked.

But evangelism can't ONLY be that.

Yet, I confess, it takes a real gift to convey that joyful touch.

Pope Francis has that gift.

Pope Benedict I'm certain was a joyful Catholic, but he didn't transmit that message to the world.

(And I know, you're going to say that Pope Benedict said and did everything Pope Francis did. Maybe so, but the point is that the people never GOT that message, whereas the whole world gets it now. If the people don't get the message, it's not being communicated. Much as I love Pope Benedict, and think he was unfairly maligned, this is the truth!)

I bring up these two because I want to underscore that having that soft touch really is a gift.

Anybody can report facts.

Anybody can be kind.

But Pope Francis seems to have a gift of knowing what to do and how to do it in such a way to convey Christ's love.

It's a difficult mission.

And I think this is why fewer people go down that path.

But it's tough to care both about the Truth AND the heart.

It's tough to know what to say and when to say it.

And I guess what I want to underscore is that we need more people like Pope Francis, but it's a tough balancing act.

Don't be too hard on Catholics.

As I said in the beginning, when I was young, there was no outrage. With the advent of the internet, we were finally able to vent outrage, and find like-minded people. It was such a godsend.

But we have to go beyond outrage. And not everyone is up to that task. We should aspire to higher levels of holiness, but without neglecting the fact that this form of prudence takes quite a lot of wisdom, wisdom that not everyone has achieved yet.

I don't mean to sound like a liberal, but we're all on a journey of learning.