Before you have your next debate on the existence of God 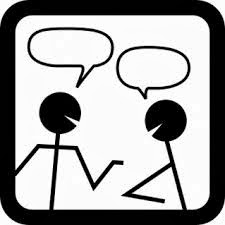 Just about every serious believer has had a debate on God's existence, especially those who are heavily engaged in apologetics.

Now you might say that it's an exercise in futility, as nobody ever changes their minds through such debates.

And it's true that the debates themselves fail to convince people, in the moment.

However, I always try to impart a piece of the puzzle that will help atheists get closer to knowing the truth.


In my last debate, I decided to do something different.

I asked the man I was debating with whether he would obey God if it turned out he did exist.

I think that question is key. I remember him saying no.

If the answer is "no", then what is the point of the believer debating God with him?

I think the discussion can go from there.

There are a lot of angles that can be explored. Like: why won't you obey him? (The predictable answer has to do with God's immorality).

My answer was that God was not subject to any morality except his. There's no possible moral law outside of his will.

To me this is a far more productive discussion than going over the 5 traditional arguments for God's existence.

Because the debate has to have stakes to it if it's to be meaningful. If the your atheist friend's life won't change because he thinks God exists, then it makes no difference who's right on that one.

Email ThisBlogThis!Share to TwitterShare to FacebookShare to Pinterest
Before you have your next debate on the existence of God
2014-01-26T23:02:00-05:00
Suzanne
atheism|Catholic|God|
Newer Post Older Post Home