Georgia Abortionist Is Going to Jail 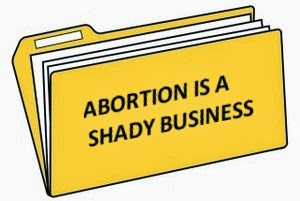 Over the course of three years, Malloy charged the state Medicaid program $255,000 for ultrasounds that he never performed. He also charged $132,000 for abortion office consultations and procedures.
State law and the federal Hyde Amendment prohibit the use of Medicaid dollars for elective abortions.
Last Friday, DeKalb Superior Court Judge C. J. Becker sentenced Malloy to four years in prison for Medicaid fraud. Malloy must also serve six months probation and pay some restitution to the Georgia Department of Community Health. Judge Becker will determine the amount at a later hearing.

Someone should perform a study comparing the number of abortionists convicted as a percentage of their profession, versus the general population of physicians.

I'd be really curious in the results.