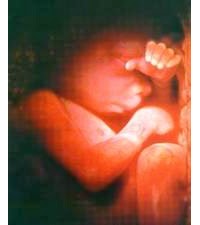 She reports new Stats Can figures showing that for those two combined years, there were 131 live births after abortion later than 20 weeks.

So that raises the question: what happened to these children?

Were they properly cared for after birth? Were their rights respected?

How late are these abortions being done?

And to what purpose?

Another consideration: if those are the number of live births after abortion, we know that there must be a much greater number of dead babies who are delivered after such time.

If we average 65 live births per year, then I'd estimate that at least ten times as many are dead.