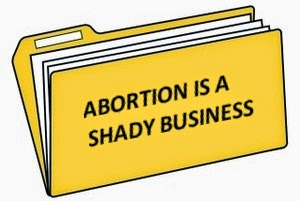 The case stemmed from an incident in 2003 when Rossman dispensed a handful of abortion pills to a 23-year old woman who was beyond 30-weeks pregnant, then coldly walked out of the office and locked the door, leaving the woman in labor and alone.

After receiving a 911 call from the woman, police arrived and broke into Rossman’s office in time to see her giving birth to a baby boy. Both required emergency hospital care.

The case was particularly shocking due to the callous nature of Rossman’s treatment of his patient and the advanced stage of her pregnancy. Unlike some states, such as New Mexico and Maryland, abortions that late in pregnancy are a crime in Georgia.


Why, that abortion should've been safe and legal! If abortion had been legal, that baby could've been killed in a more decent manner! It's pro-life laws that cause this to happen!

And if a 30-week-old baby has to die in the name of bodily autonomy, so what? Right feminists? Right.