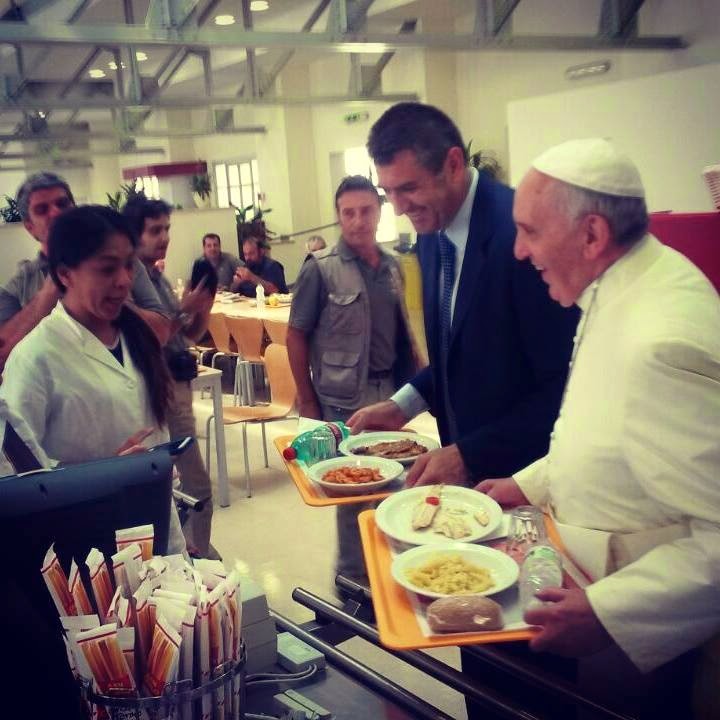 From Vatican Radio, reproduced on News.va:

(Vatican Radio) Pope Francis made a surprise visit on Friday to the Vatican’s canteen for its employees.  He turned up there unexpected shortly after noon much to everybody’s astonishment and after taking a tray and cutlery joined the line with all the employees to be served his lunch.  Staff at the canteen said he ate pasta without sauce and cod served with grilled tomatoes.  He ate his lunch at a long table alongside a group of various employees.  Describing the papal visit as "like a thunderbolt out of the blue," the canteen’s chef Franco Pai'ni said the Pope was introduced to the staff and others there and asked them questions about themselves and their work. Afterwards, he paid them compliments on the quality of the food,  gave his blessing and took part in a group photo before leaving.


I love that man.

Dear CEO's of the world: if you want to boost employee morale, you might want to do something like this. Just a thought.