Men Need to Know Their Place in the Abortion Debate: Irish Abortion Protester

“I love and respect and appreciate the men who do this. But remember your place. This is a women’s movement.”

Your place is to do feminist bidding.

Not to speak the Truth.

But to bend to their will.

And if you disagree, you're a misogynist.

That's how feminist try to win. They try to silence.

They silence not only those in their ranks who do not toe the line. They silence the opposition. "No uterus, no opinion."

As if a uterus makes a difference! Either abortion is okay or it's not. Having a uterus doesn't determine that.

No lady, this is not a women's movement. It's a feminist movement.

I am a woman, and feminism is not my movement. And it's not the movement of millions of women, yet feminism claims to speak on their behalf, in knowing what's best for them.

I don't have the problem with the idea that they have ideas about what's good for women.

But they conflate those ideas with women. As if most women agree.

Finally, my answer to the objection that men shouldn't say anything in the abortion debate: 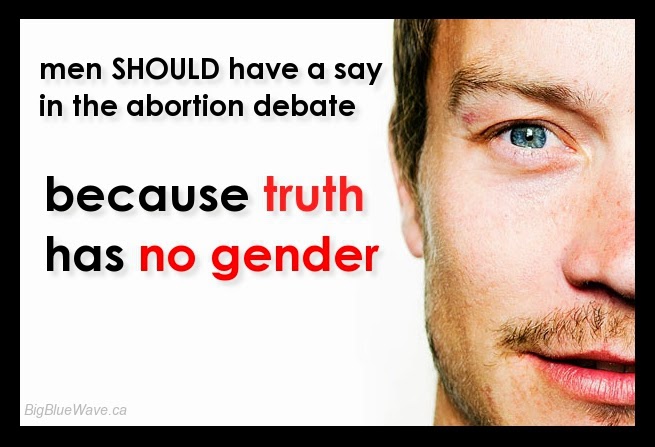