New Jersey Nun to Be Beatified Next Month 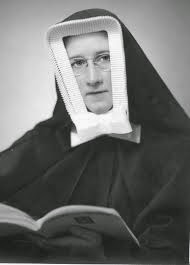 I had no idea:

But soon the state may also be known as home of the latest American saint, a Bayonne-born nun who is to be beatified in Newark next month.

The beatification of Sister Miriam Teresa Demjanovich, who died in 1927 at the age of 26, puts her one step away from formal canonization.

If Demjanovich does make the final hurdle, she would become just the second person born in the U.S. ever to be named a saint, and it would give New Jersey something to brag about — albeit humbly, no doubt.


Wikipedia has the story of her life.

She was a Ruthenian-Byzantine Catholic but served in a Latin-Rite community.

Why is she considered for beatification?


Because of her saintly life, her striving for perfection in her religious life, her spiritual writings, the mystical privileges accorded her by God during life and the favors received by others after her death through her intercession with God, the Sisters of Charity petitioned Rome for permission to open her Cause for Beatification and Canonization.