The Demotion of Cardinal Raymond Burke: The Silver Lining 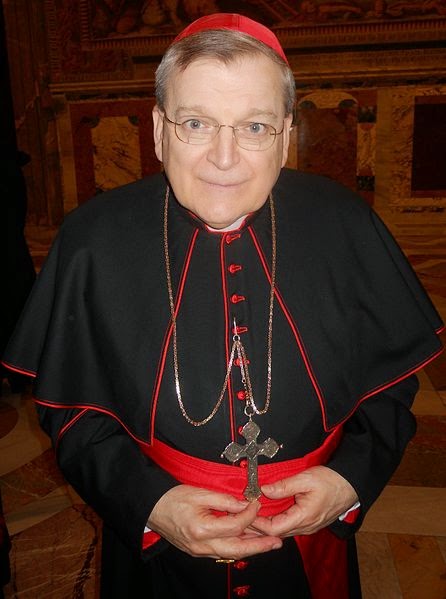 This piece of news hit Catholic social media like a bombshell.


If this happens – and it is still not official yet – Card. Burke will not have so much on his plate. He is still young enough to have a good store of energy. This move, if true, would mean that he would not be tethered to a desk full of nearly as much paperwork. He will have more time to write. He will have more opportunities to raise his voice and express his views. He is already pretty forthright as a Prefect. When he is off the leash, he will still act with the Romanitas and the gravitas of a Cardinal, but I’ll bet he’ll be even more vocal.

Another upside? He will probably retain his membership in the Congregations to which he belongs. Those appointments change from time to time. We shall see.


In case you're wondering.

I don't really care about liturgy wars. I know he's pro-Latin Mass, but that's not what I like Cardinal Burke.