Stop The Awfulization of Abortion By Saying It's Not Awful: Pundit 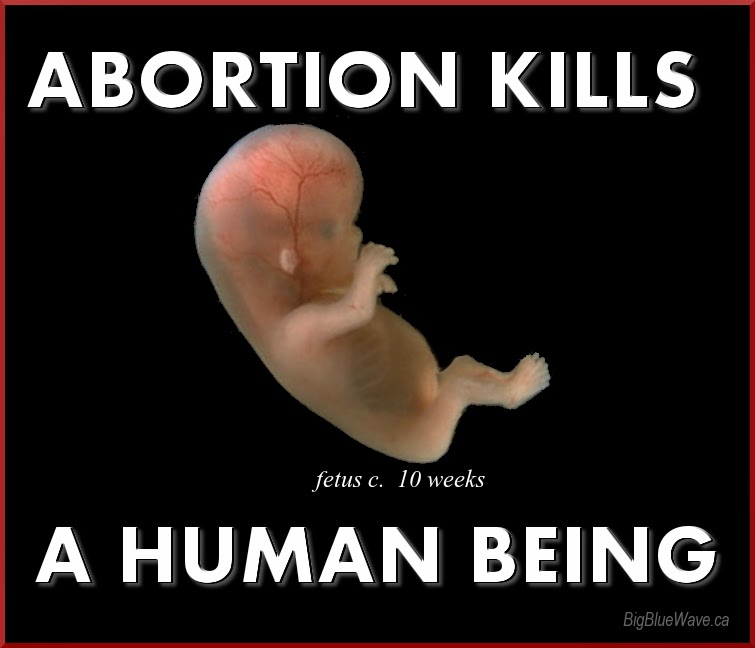 Only 7 to 20 percent of Americans tell pollsters they want to totally ban abortion, but that loud minority has beaten the rest of us into submission with their fetus posters and their absolutism and their infiltration of American politics. They have landed us in the era of the “awfulization” of abortion, Pollitt writes, where even pro-choicers are “falling all over themselves” to use words like “thorny,” “vexed,” “complex,” and “difficult” instead of doing what they should be doing, which is saying out loud that abortion is a positive social good.

Why what in the world could be awful about dismembering a fetus or sticking a needle in a baby's heart. Of course, it's a social good. It gives women power and autonomy. And if a fetus has to die in the name of that autonomy, so what? It's only human life. No biggy.


The fog of regret has meant no one is able to confidently defend or even cleanly describe what’s actually going on: Three in 10 American women have abortions by the time they hit menopause. They are not generally victims of rape or incest, or in any pitiable situation from which they need to be rescued. They are making a reasonable and even admirable decision that they can’t raise a child at the moment. Is that so hard to say? As Pollitt puts it, “This is not the right time for me” should be reason enough. And saying that aloud would help push back against the lingering notion that it’s unnatural for a woman to choose herself over others.


Yeah, it's just so unfair that choosing oneself and suppressing human life is viewed as unnatural. How on earth did we come to this? No logic what-so-ever!

Pollitt tests the logic of this position in many ways. She uses the simple principle advocated by U.K. feminist writer Caitlin Moran: “And are the men doing this, as well?” The answer there is, of course not. We would never expect a man to drop everything and accept a life of “dimmed hope” because of a single ejaculation.


Many men do live lives of "dimmed hope" because of a single ejaculation. It's called child support. Deadbeat dads are highly stigmatized in our culture.

Pollitt spends significant energy dissecting the pro-life side’s contradictions. This largely involves explaining how the concept of personhood, when applied to a fetus, makes very little sense. She cites one poll for example showing that 38 percent of people say abortion is as “bad as killing a person already born.” But in the same poll 84 percent say it’s fine to save the life of a mother. If you really think about it, this position is untenable. No one would say it was fine to kill a toddler if the mother needed its heart.

The reviewer compares supporting abortion to supporting the killing of a toddler to save the mother's life.

The analogy doesn't work of course.

In the first case, the mother's life is spared because the baby is going to die anyway. In the second example, the toddler's life is considered expedient.

I'm not saying I'm in favour of direct abortion. I'm saying that the reviewer's argument is flawed because the two situations are not morally equivalent.

Besides, poll questions about abortion when the mother's life is at stake are somewhat unfair, because the definition of abortion is not given. Some pro-lifers favour direct abortion, but many only allow indirect abortion, where the fetus' death is foreseen, but unwanted.

The pro-life position, she concludes, involves a reflexive moralism but doesn’t really reflect what people know to be true, which is that the fetus and the mother have a complicated relationship, unlike any other.


I admit that the fetus and the mother have a complicated relationship.

But it's a person-to-person relationship that must involve the respect of human rights of each person. It must also involve the obligations that a mother has towards her child.