Why the Violinist Argument Fails 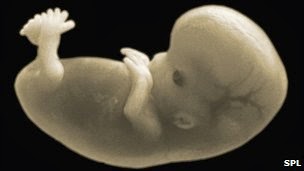 It's been addressed many times, but it bears repeating.

Our offspring don’t force themselves into our uteri and demand to be fed, but rather come into dependence upon their parents by their parents’ actions. Still, what obligates a parent to their offspring is that they have created and brought into existence a dependent and wholly vulnerable member of our species. And while we may quibble about the duties parents have toward their offspring and whether or not a parent should ever be obligated to donate their kidney (perhaps if they’d been the one who’d damaged or sold their child’s kidney in the first place?) one thing is certain: no parent has the right to dismember or poison to death their dependent child just to maintain their own independence.


And here's another thing.

No organ donation takes place during pregnancy. So it does not amount to "forced organ donation." A woman gets to keep hers during the whole time. It continues its endocrinological function for the woman during her pregnancy.