Why We Must Draw Muhammed 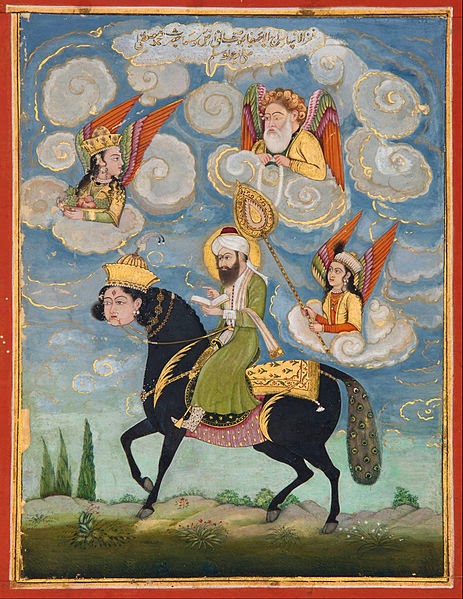 
People say we shouldn't draw Muhammed because it offends Muslims.

It's an unreasonable prohibition.

There's nothing that should prohibit people from depicting a historical figure, or anybody else, period.

Extremist Muslims impose this unreasonable prohibition through threat of violence.

If there was no threat of violence, nobody would care about people drawing Muhammed, just like nobody cares if Jesus or Mary are blasphemed.

Extremists win when they succeed in changing people's behaviour through the threat of violence.

That is how freedom is slowly eroded.

I'm not looking to purposely offend Muslims. If it weren't for Muslim-based terrorism and threats to freedom, I couldn't give a crap about him. Life is too short to care about him.

But I am looking to assert my freedom and everyone else's. I don't have a lot to say about Islam, but I want everyone to be able to comment on it as they see fit. Although it's perfectly normal to exercise self-censorship to be civilized, it's not normal to refrain from criticism for fear of setting off a terrorist attack.

People say: well you're provoking them!

That's precisely the problem! Their sense of being provoked, their violence!

Do we shut up and let them dictate what we can express? If we do, they win. And freedom is eroded.

The only way to keep freedom is to exercise it, even in the face of threatened violence. Otherwise you lose it. There's no other way, You effectively give a victory to the extremists.

If you express your dissent from Islam, and nothing happens, freedom wins. If they attack, they only prove our point, on the necessity of fighting the extremism and doing MORE of this. We have to show that we will not be cowed, even in their acts of violence, that we're just going to keep doing it and doing it, that their battle is futile.

If there are many more of us that are willing not to be cowed, we will win. If not, then we don't deserve freedom.