Abortion Activists: A Canister Full of Blood is Not a Picture of an Aborted Fetus 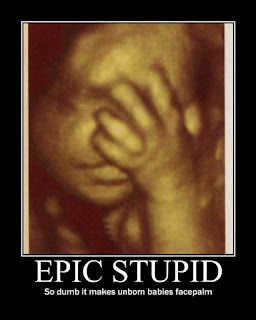 I tweeted recently that abortion advocates who accuse pro-life of promoting fake abortion images never produce their own pictures of an aborted fetus.

Fern Hill, trying to be clever, tweeted this picture in response to my statement (which I viewed on Run with Life.) 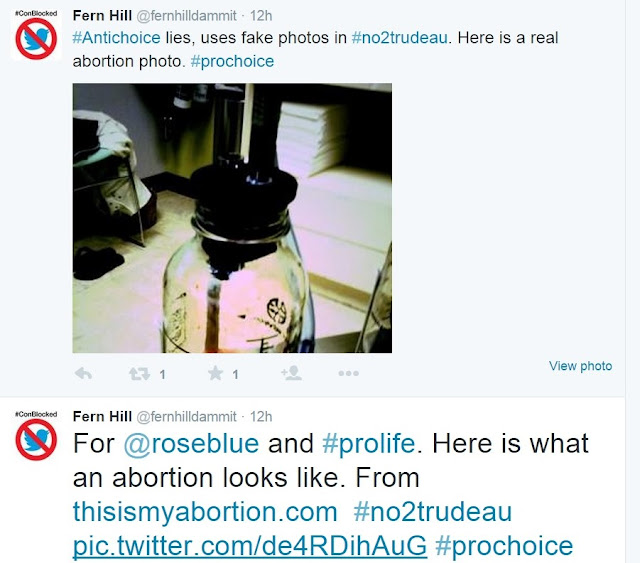 I have seen this picture before. Abortion advocates present this picture and jubilantly think this is their trump card: Aha! See! We're not afraid to show what an abortion looks like!

The problem is that there's no aborted fetus to be seen.


What you are looking as is "products of conception" in a canister.

But "products of conception" aren't just fetuses. There are other tissue related to pregnancy. The ThisIsMyAbortion website says the abortion is at 6 weeks. At 6 weeks, the amount of non-embryonic tissue from an abortion is greater in volume  than the embryo.  What's left of the embryo is immersed and hidden in a soup of blood and tissue.

Nobody cares about that soup of tissue. What is at stake is what happens to a fetus or embryo during an abortion.

It's also very difficult to identify the embryonic remains resulting  from an electric vacuum abortion like the one in thisismyabortion.com The suction is strong enough to rip apart the embryo's soft tissue.

However, manual vacuum abortions (MVA's) and medical abortions are becoming far more popular. And they allow for the embryo's body to remain intact.

Advocates could easily search the internet for these images. They don't do that, do they?

Neither has any one of the thousands of abortion advocates, many or most of whom have had terminated pregnancies have thought to ask the staff to strain their "products of conception" and photograph the remains with a smartphone.

Abortion advocates have all the abortion connections and all the information at their disposal to make known what an actual aborted fetus looks like.

But they can't bring themselves to do it.

Email ThisBlogThis!Share to TwitterShare to FacebookShare to Pinterest
Abortion Activists: A Canister Full of Blood is Not a Picture of an Aborted Fetus
2015-06-09T23:46:00-04:00
Suzanne
abortion|fetal rights|no2Trudeau|prolife|
Newer Post Older Post Home