There's a Bishops Tribunal for Sex Abuse. But None for Lack of Orthodoxy? 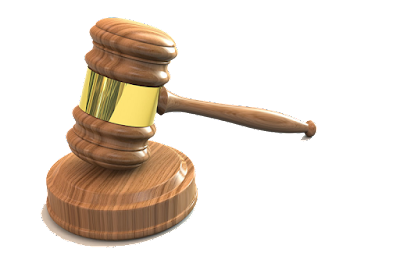 I'm satisfied with the Pope's decision to create a tribunal for bishops accused of mismanagement in sex abuse cases.

If a bishop fails to do his job, it's only natural that he suffer consequences.

But why does that only apply to sex abuse?

Why doesn't that apply to orthodoxy?


For sure, sexual abuse creates visceral damage, and their cases require a certain immediacy.

Unorthodox bishops, though, lead souls to hell, where there's no chance of healing.

Why don't we have tribunals for them?

Oh sure you can, in theory, bring a heresy trial against any Catholic.

To my knowledge, those types of trials are virtually dead.

There are so many bishops who have failed to teach basic Catholic doctrines. Take, for instance, those who created The Winnipeg Statement [warning: text has typos!], a text written by the Canadian Conference of Catholic Bishops in response to Pope Paul VI's encyclical Humanae Vitae, which reaffirmed the Church's teaching on contraception.

The most problematic statement of the Winnipeg Statement deals with people who come to priests in the confessional:

In accord with the accepted principles of moral theology, if these persons have tried sincerely but without success to pursue a line of conduct in keeping with the given directives, they may be safely assured that whoever honestly chooses that course which seems right to him does so in good conscience.

[Cited from here because of typos in other text.]

In other words, Catholics can "honestly" choose actions that contradict Church teaching "in good conscience."

It basically gave people the impression that they had carte blanche to ignore Church teaching on contraception, and by extension, anything else.

Bishops signed on to that document, then that statement was re-transmitted through various channels. Msgr. Foy lists in this article a number of people who had a hand in its creation, who made the error of omission of not affirming forcefully Divine Truth regarding contraception.

Like why are bishops allowed free reign when it comes to dissident priests under their charge?

We take very swift and necessary action for crime (as it should be) but sometimes in this Church it seems like the salvation of souls, and the propagation of true doctrine is an afterthought.

Email ThisBlogThis!Share to TwitterShare to FacebookShare to Pinterest
There's a Bishops Tribunal for Sex Abuse. But None for Lack of Orthodoxy?
2015-06-11T15:24:00-04:00
Suzanne
bishops|Catholic|clergy|pope francis|
Newer Post Older Post Home