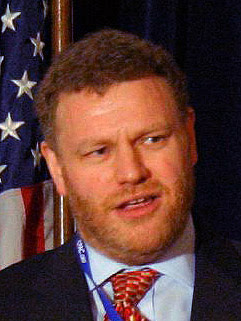 The Rebel Media is raising $25 000 for Life Issues Journalism. So far they have only raised $1856 as of posting. You really need to contribute? Do you want more pro-life journalism or no? If yes, then you have to fund it!

And another good cause: Ezra Levant will be prosecuted by the Alberta Law Society for calling the Human Rights Commission "crazy". Please contribute to his legal defense.


This was me two decades ago when I was in the NDP:


The unborn are the youngest members of the human family. They are weak, voiceless, and completely defenseless. It is clear that the unborn are vulnerable, and one value of social justice is protecting the vulnerable from abuse from the powerful. Yet, the social justice movement is not protecting the unborn; rather its leaders are advocating for the “choice,” to kill them.

(And in case that wasn't clear: no, I didn't write that.)

I thought his op-ed on euthanasia from a medical doctor was actually kind of scary:


For an example of this, consider the views expressed by Pope Benedict XVI on physician assisted dying. According to this pope, “the deliberate decision to deprive an innocent human being of his life is always morally evil and can never be licit.”

From the viewpoint of public policy, this claim should have no standing, not because it comes from a pope, but because there is no clear evidence to support it nor in any obvious way to disprove it. It is grounded in religious beliefs of a supernatural kind, such as the existence of God or the soul, the idea of divine guidance, or the veracity of revealed texts.

The view that people should kill others is the bedrock of civilization. And he doesn't understand that. And he's a doctor. He makes me think of an abortionist. And that's scary. How about you don't kill people because human beings are intrinsically valuable? But that's what happens when a society slides into atheism. When you stop beliving in God, you stop believing in man.

This is the intriguing story of the Servant of God Carlo Acutis, a very devout Brazilian teen who died in 2006 of leukemia. There is cause for his beatification. He was something of a computer geek and built websites. He would be an obvious choice as patron saint of programmers should he ever be canonized.

A (mostly) pro-life atheist and post-abortive dad shares his powerful story about his involvement in multiple abortions, some he wanted and some he didn't. Very moving.

Conservative support among voters jumps as child care cheques land on doorsteps poll finds. I would love to survey Conservative Party members and see if the majority support this statist measure.

Slightly related: Horse may have been fed marijuana before Surrey wedding accident. How much pot do you need to feed a horse before it starts affecting him? Just wondering.

Swedish nationalists plan a gay pride march through a Muslim area, hoping for trouble. Swedish gays will show they have, um, balls.

Jonathon Van Maren, Thoughts on the reactions to the No2Trudeau Campaign:


Amanda Marcotte goes on to say that while abortion imagery and exposes are very potent, that the impact of them is not long-lasting. Why? Because, she writes with hilarious immaturity, most things in life are gross—sex, going to the bathroom, surgery—and we all get over those things, don’t we? So surely abortion pictures will also be forgotten.


I'm ambivalent about the tactic of sticking graphic postcards in mailboxes, but he has a point here.