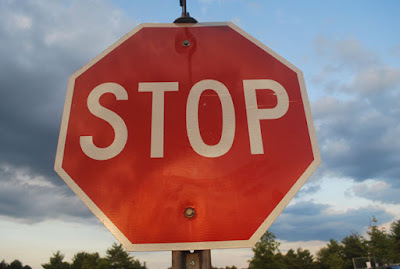 ENOUGH! ENTIRE ENTERTAINMENT INDUSTRY SAYS ‘NO MORE’ TO SOCIAL JUSTICE WARRIORS A sampling of resistance to political correctness. I think it's a small sampling. I think the entertainment world is as committed as ever to progressivism. The question is: why don't more Christians reject this culture? Just a thought.


An arrest warrant has been issued to Raynald Letourneau of Montreal. He's suspected of killing his pregnant ex-girlfriend after her body was discovered on May 30th. The police have confirmed that she was three months pregnant at the time of death. I want to remind people that we still have no unborn victims of crime law in Canada. The last attempt to create one died on the order paper in 2008.

Liberals falling further behind NDP-Conservative race. Good. I'd be curious to know how he is faring in ridings where the No2Trudeau campaign has distributed the gruesome anti-Trudeau pamphlets.

Homosexualtiy and Tactical Accommodation. I am so glad somebody finally wrote something like this. He has articulated what's been in my gut but that which I hadn't found the words to say.

What is this tactical accommodation? It is a degree of measured accommodation to homosexuality that, while stopping short of actually affirming it, allows a certain amount of legitimacy of some of the points of the homo-fascist crowd, thus giving the appearance of compromise to one side while maintaining fidelity to Catholic teaching on the other. I believe the purpose of this accommodation is to save some face with the other side.

But what of the objections themselves? Have conservative Catholics been "unloving"? Do we need to make room for a homosexual "identity"? Do homosexual Catholics, by virtue of their homosexuality, have some special gifts or insights for the Church? Well, I of course deny all three, but I am not arguing these points here, merely noting that this sort of waffling compromise is being floated and seems especially prevalent among the "new evangelization" crowd.


The problem with tactical accommodation is that it sends the message that homosexual behaviour isn't THAT bad; and homosexual inclinations can't or shouldn't be diminished and eliminated if possible.

I find that there's the purpose of this exercise in tactical accommodation is for the Church elites to ingratiate themselves with homosexuals in the hopes that perhaps they could get them to accept the Church as not so bad. And maybe we could somehow mitigate all the nasty things people say about the Church. Because goodness knows the worst thing you can be in this society is a homophobic bigot. Nobody will listen to you if you're known as a homophobic bigot, and church elites want to be listened to. By all the right people. Because that's how evangelization works, right? /sarcasm

I have no problem with having a meek and caring attitude towards homosexuals. This should be our default stance. What I have a problem with is the demonstration of that concern with the unconscious expectation that homosexuals will like us better for it. Because they won't. They will use that concern in emotional extortion: if you love us so much, why don't you accept our relationships? And some people will give in to the extortion. Some people will give in to the idea that our Church doctor is unloving.

We should not be trying to conform ourselves to that culture. We should be creating the expectation that they need to conform themselves to Christ and his Revelation. And if they don't want to, let the chips fall where they may. We have to be prepared to suffer for our faith.


Which leads me to this article.  A self-professed former gay priest complains that there was no structures for gay men in the Church. The kind of structure we should be providing are chapters of Courage.  But that's not what he's gunning for, is he? He wants the Church to come out and say sodomy is okay. Any structure that enables that kind of thinking is a betrayal to our faith.

Somewhat related is this article: Gay Baker Lashes Out at His Fellow Gays and Lesbians for ‘Bullying’ Christian Bakers Who Declined to Make Same-Sex Wedding Cake

Finally somebody who gets it. I want to buy a cake from this man.

Also slightly related: I Was the Other Man: An Insider’s Look at Why Gay Marriage Will Never Work. Maybe the point is that it's not supposed to work....

But the Pope didn't see it that way: