Pro-Life 101: Most Women Are Not for or Against Abortion 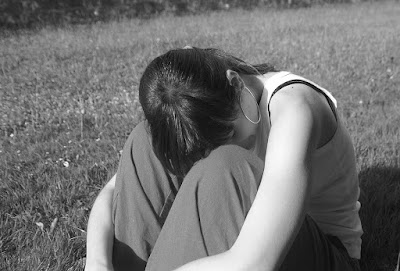 
We have to realize this. We cannot treat abortion-bound women as if each of them is a champion for “choice.” In fact, I’d go so far as to say that we’re wrong to look at the pro-choice masses—at least half our fellow citizens—as our opponents in this battle.


Our real opponents are the practitioners, defenders, promoters and apologists of legal abortion: the 10-20% of Americans who are truly, deeply committed to the cause of keeping abortion legal under all circumstances.

When we treat everyone who tries to back out of confronting this painful issue by calling themselves “pro-choice” as if they are no different from the pro-abortion zealots, we cannot effectively reach out to them. When it comes down to it, most people are effectively “neutrals” when it comes to abortion. We’ll have more success bringing them to our side if we treat them that way.

Now, I’m not trying to let people off the hook for being complacent about abortion—let alone for seeking out an abortion, as the woman who called my office was doing. But questions about others’ personal culpability for the ongoing injustice of abortion don’t really help us much. Our job is to meet people where they are and invite them to think again, and more deeply, about an issue they want to ignore, because it’s confusing and painful.

If we start off by attacking their indifference, we lose them. It’s hard enough to get people to think about abortion clearly without forcing them to feel defensive from the start.

I also hope that we pro-lifers will learn that most of those who call themselves pro-choice aren’t really our enemies, or the enemies of unborn children. They’re the confused, mushy middle, and we have to meet them where they are.


I wish every pro-lifer could read this. Particularly those who are not active. I think of them as "amateur" pro-lifers-- people who staunchly oppose the killing of unborn children, but are not actively involved in the pro-life movement or who haven't adopted the values of mainstream activists. They are the kind who call abortionists "baby butchers" left, right and centre, who say call abortion "murder" every chance they can. They try to be as over-the-top as possible in their moral condemnations because they think that's how people will come to assimilate that abortion is a great moral wrong.

It's not that these amateurs don't have the point. They have every right to think and feel that abortion is murder. And it's understandable that they want to communicate that sentiment, because they feel it so deeply.

But people don't adopt values based on harsh condemnations from (what they perceive to be) bug-eyed pro-lifers out to control women's bodies.

And Scheidler is right that most people don't have a well-articulated position on abortion. They support legal abortion because it's a default position. If the unborn child isn't an equal human being, why wouldn't you support it? They also support it because our elites support it, and it's just easier to go with the flow. Espcially a position that allows for sexual activity without strings.

So it's important to refrain from attacking people who support legal abortion-- especially abortion-minded women. The best way to approach the issue is factually and logically, understanding that many will have a strong emotinol reaction to facts and logic, especially if they are complicit in abortion themselves.

To anyone with an open mind, the logic of fetal rights is evident. It's just that most people haven't stopped to think about it. It doesn't completely explain the absence of fetal rights in the world, but it's one of the biggest factors.

Email ThisBlogThis!Share to TwitterShare to FacebookShare to Pinterest
Pro-Life 101: Most Women Are Not for or Against Abortion
2016-01-08T19:32:00-05:00
Suzanne
abortion|fetal rights|prolife|
Newer Post Older Post Home