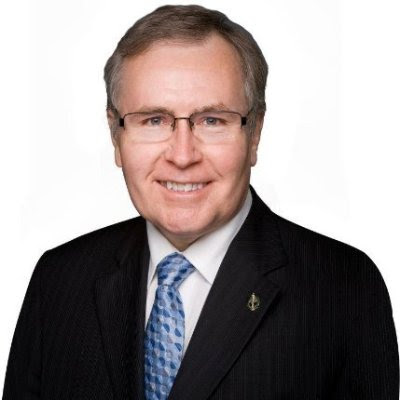 
Stephen Woodworth will be speaking at a luncheon in Saskatoon on Monday, August 8, 2016. A former Member of Parliament, Woodworth will be introducing his new project, Democracy Defence Initiative “to oppose recent efforts to eliminate fundamental freedoms in Canada.” The Conservative MP for Kitchener Centre (Ontario) until October 2015, explains that “obvious examples of freedoms being eliminated include freedom of conscience for doctors, freedom of speech for pro-life university students and freedom of religious belief and of association in the Trinity Western case."
In April, 2012, Woodworth introduced Motion 312 in Parliament, describing it in these terms: “I have concluded that the point of complete birth is not a rational or a reasonable point at which a child suddenly transforms from a non-human into a human being…” As a legislator, Woodworth was following the instructions made possible by Justice Bertha Wilson in the Morgentaler 1988 decision of the Supreme Court of Canada: “Morgentaler… does not foreclose Parliament’s right to regulate (abortion) by setting “reasonable” limitations on access to it.”


The Canadian parliament was acknowledged in the Supreme Court of Canada for its role, namely being “in a position to receive submissions on the subject from all the relevant disciplines.” Woodworth understood the work of elected parliamentarians in this spirit, saying early on about Motion 312 that “I am not asking the committee to choose what evidence to believe or not to believe, but simply to report the options back to Parliament… What have we to hide from? Why would we be afraid to let the evidence come out?”

At his presentation in Saskatoon, Woodworth will share his insights into the moral contortions he witnessed among Members of Parliament in order to defeat Motion 312 in 2012, in ways that were very unflattering to their personal integrity. For example, then MP Justin Trudeau declared against all logic, science, and patriotism that Quebec should separate from Canada if legislation on abortion were ever considered federally. The structure of Canadian law allows for a discussion on abortion. As law professor H. Albert Hubbard explains about the Supreme Court decision in Morgentaler, “Since there were three different opinions given by the majority, none of which secured more than two signatures, Morgentaler is not a binding precedent.”

Motion 312 asked the House of Commons “to amend the 400 year old definition of human being to reflect 21st century medical evidence” and to examine the evidence for when human life begins. Although it was defeated, commentator Jonathon van Maren wrote that such high profile attention means that the pro-life movement had an opportunity “to explain to the Canadian public exactly who the pre-born child is and what abortion does to them.”

He quotes Woodworth after the results on the vote for Motion 312: “I want Canadians to remember that no great issue is ever determined by a single vote in the House of Commons. It remains for the Canadian people to rise up even more strongly in defense of laws which honestly reflect reality and in defense of human rights which are so shamefully violated by sub-section 223(1).”