Science and Logic are Not Enough: What Pro-Lifers Are Up Against 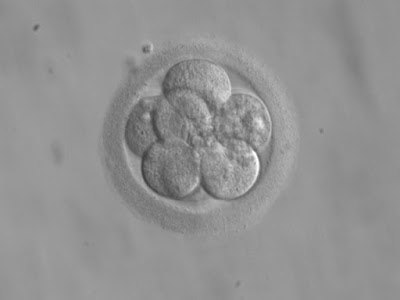 Once upon a time, it was widely believed among pro-lifers (and still is) that if we educate the public about prenatal life, we could convince them that life begins at conception and they would in turn recognize the humanity (and by extension) equality of the unborn child.

Seasoned pro-life activists who have come across educated abortion supporters know that this isn't true. There are many well-educated people in the world who can be persuaded to say that human life begins at conception, but that life does not amount to an equal human being.

I think the pro-life argument is based on air-tight logic.

But here is what I have learned in debating abortion: There is more to knowledge than facts and logic.

We have to pay attention to the anthropological angle of the right-to-life argument.

This blogpost is inspired by an article published by science historian Jane Maienschein, entitled  Embryos, microscopes, and society (published March 2016.)

Maienschein has extensively studied the history of embryology. She knows all about embryos, more than 99.9% of pro-lifers out there. She is very well-versed in the bioethics debates surrounding embryos (although I find in this article she makes many claims about what pro-lifers believe about embryos without corresponding documentation.) Nevertheless, I have read some of her work in an attempt to inform myself of the history of the unborn. And in spite of her knowledge, when she sees a pre-implantation embryo she sees a blob of cells.

When we were arguing about abortion 20 years ago, the average abortion took place at about 7-8 weeks. Now it's closer to 5-6, if not earlier. The seven-and-eight week embryo is clearly, not a blob of tissue. Even the 5-6 week embryo is not a blob.

The pre-implantation embryo looks like a ball of cells. In fact, it's developmental name at the 16-cell stage-- morula-- comes from a latin word for "mulberry" because that's what an embryo looks like. Now I understand that most intentionally induced abortions don't take place at that stage. However, regardless of when an abortion takes place, we believe that human beings exist from fertilization, regardless if the issue at hand is abortion, stem cell research or IVF.

Pro-lifers sometimes argue from visuals, and those visuals have their place. But with abortions taking place earlier and earlier, and with threats to human life coming at the earliest stages, visuals are not enough. We cannot solely rely on the visual resemblance between a 9-week fetus and an infant to say that abortion kills a human being.

Because educated people will retort: well at 1,2,3 or 4 weeks it's only a blob of cells.

I understand that facts and logic say otherwise. But again, facts and logic operate in a cultural context. Our culture says that that early embryo is not one of us. It's an "other".  It's biomedical material, it's a thing, it's mass of interacting biochemicals. It's anything but a human being.

Our culture has a certain idea of what a human being is, and an early embryo doesn't correspond to that. Maybe a six-week or eight-week unborn child could pass for a human being, but as far as our culture is concerned, a human being is not a shapeless entity made up of several dozen cells. That does not compute.

So what then is the solution? More facts and logic about pre-natal development? More visuals?

I'm afraid more of the same will not do.

One of the reasons why it is so difficult to convince people of the humanity of the unborn is that the only context in which it is brought up is during the Culture War debates.

The definition of human being hinges on these culture wars. If the only time the culture's definition of "human being" is challenged is during an abortion debate, where most people like the idea of being able to escape the consequences of sex and assert female autonomy, we are setting ourselves up for failure.

Sure, a GAP exhibition might convince some people that a bloodied 8-week fetus is a human being. But it doesn't necessarily do much for the pre-implantation embryo, does it?

So the solution is that we have to make the unborn and object of study.

The unborn simply can't be something we write about ONLY in the context of the culture war.

Now you may say to yourself: well how is an anthropology of the unborn going to convince teeny boppers or middle-aged working class people that they are human beings.

And that's not the target audience.

The target audience is college-educated people and especially influencers-- the academics whom "nobody reads" but have a disproportionate influence on our culture because of whom they influence: other academics, thinkers, pundits, politicians and the like. Remember: only a very small number of people read great thinkers, but those small numbers are important.

Another advantage is that such academic debates will force pro-aborts to confront who the unborn really are.  Imagine a history of late-term abortion in the twentieth century. Imagine that report uses testimony from women who have had saline abortions and have felt their conscious babies squirm around the womb.

If abortion supporters want to contest such narratives, they will have to admit to a number of facts, facts that so many of them would rather not have to address, and they don't, because of the way our public abortion debate is mediated by pro-abort broadcasters and journalists.

That's just an example of one advantage among many.

When such academic material is available to the public, and it feeds decades of cultural change, in the future, it won't seem like such a stretch for a secular Supreme Court justice to say that an embryo is a human being, because he has already been repeatedly exposed to this notion.

We really have to take the fight for the unborn to the next level. We need to flood the internet with writings about the unborn the way we have flooded the internet with fetal imagery and pro-life apologetics. We have done a good job of swaying minds at a popular level, now we have to do it at institutional levels by reaching out to people who will one day run these institutions.

Email ThisBlogThis!Share to TwitterShare to FacebookShare to Pinterest
Science and Logic are Not Enough: What Pro-Lifers Are Up Against
2016-08-30T00:29:00-04:00
Suzanne
abortion|fetal rights|prolife|tcot|
Newer Post Older Post Home