Pro-Lifers: Don't Get TOO Excited Over an Andrew Scheer Win 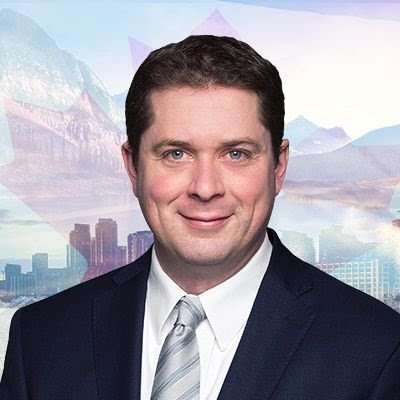 The victory of Andrew Scheer in the Conservative Party Leadership is about the best outcome that pro-lifers could have expected.

It's not just that he won. But we won with the second- and third-place votes of people like Pierre Lemieux and Brad Trost-- whom I was shocked to see go eleven rounds. (And I was rooting for him!)

He proved that social conservatives are still an important force in the party.

We can pat ourselves on the back for our effort to mobilize the vote.

That being said, there are two realities we must bear in mind about an Andrew Scheer victory.


First of all, we have to win the 2019 election. And that's no mean feat. I realize that people who are involved in politics tend to think of Trudeau as an intellectual featherweight. He is. He really is.

But there's a whole swath of the public who vote and don't care that he's featherweight. They voted for him because of his dad, his looks and his pledge to legalize marijuana. Hey, his featherweight status may even be a plus.

And if he doesn't screw up big time in the next two years-- like if he's not caught murdering kittens-- he may well be elected again.

I don't wish to downplay Andrew's good qualities. His aw-shucks persona and his great sense of comeback have a lot of appeal. But Canadians tend not to vote in governments until they are thoroughly fed up with the last one. It doesn't matter what party is in power.

So Conservatives have that steep hill to climb.

And the second thing to remember about Andrew Scheer is that he won't re-open the abortion debate. He's not going there. I know that there are pro-lifers with high hopes for Andrew Scheer. Their hopes remind me of their hopes for Stephen Harper when he got elected. Stephen Harper isn't really pro-choice, they said to themselves. He's pro-life. They had a lot of hope for the cause of the unborn.

It was all wishful thinking.

Andrew Scheer will probably not squelch social conservatives, but he is not going to go out of his way to make them happy either. Just like he did during this race. It's interesting that during the March for Life, he sent a message to be read to the crowd. He didn't even bother showing up! There were 15 000 people there, many of them CPC voters, whom he could have courted, many of whom were following the CLC line of not voting Andrew Scheer. He could have easily wooed them, and he didn't!

I'm not saying he's going to turn into Patrick Brown. He is probably very aware that if he betrays his base the way Patrick Brown, he will get his butt kicked.

But should he be elected Prime Minister, he is not going out of his way to make us happy. Yes, he will eliminate funding to universities that squelch free speech, he might uphold conscience legislation, and yes, he may even allow a pro-life private members' bill to come to the floor.

But he, himself, will not initiate pro-life measures.

I'm not saying pro-lifers shouldn't have voted for him.

I'm saying: keep your expectations low. Expecting an Andrew Scheer government to pass abortion restrictions is somewhat pre-mature. He is a step in the right direction. But he's not the Pro-Life Messiah that you might expect from a practicing Catholic who's the son of deacon. We need to be realistic about what is achievable. We also need to push aside wishful thinking.

In light of that, I hope that so-cons remember to hold Andrew's feet to the fire.  We shouldn't expect miracles from him, but we shouldn't settle for nothing either, just for the warm feeling of knowing that a pro-lifer is in charge. He will be under all kinds of pressure while in office. He needs to know that we will not reward idleness on so-con issues, and we will punish if he fails to honour the values of those who helped get him elected.

Social conservatives have been dealt a relatively good hand. We must neither get cocky and over-play our hand, or become inert in the face of overwhelming odds. Hard-headed realism that is neither too over-confident or too despairing is the only way forward.