Description of a pregnant abortionist doing an abortion 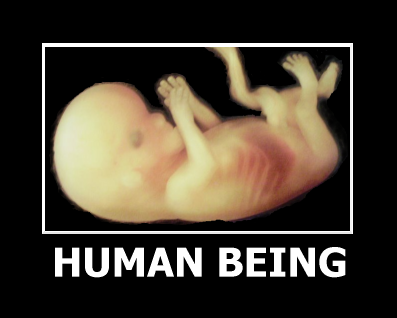 When I was a little over 18 weeks pregnant with my now pre-school child, I did a second trimester abortion for a patient who was also a little over 18 weeks pregnant. As I reviewed her chart I realised that I was more interested than usual in seeing the fetal parts when I was done, since they would so closely resemble those of my own fetus. I went about doing the procedure as usual, removed the laminaria I had placed earlier and confirmed I had adequate dilation. I used electrical suction to remove the amniotic fluid, picked up my forceps and began to remove the fetus in parts, as I always did. I felt lucky that this one was already in the breech position – it would make grasping small parts (legs and arms) a little easier. With my first pass of the forceps, I grasped an extremity and began to pull it down. I could see a small foot hanging from the teeth of my forceps. With a quick tug, I separated the leg. Precisely at that moment, I felt a kick – a fluttery “thump, thump” in my own uterus. It was one of the first times I felt fetal movement. There was a leg and foot in my forceps, and a “thump, thump” in my abdomen. Instantly, tears were streaming from my eyes – without me – meaning my conscious brain - even being aware of what was going on. I felt as if my response had come entirely from my body, bypassing my usual cognitive processing completely. A message seemed to travel from my hand and my uterus to my tear ducts. It was an overwhelming feeling – a brutally visceral response – heartfelt and unmediated by my training or my feminist pro-choice politics. It was one of the more raw moments in my life. Doing second trimester abortions did not get easier after my pregnancy; in fact, dealing with little infant parts of my born baby only made dealing with dismembered fetal parts sadder.

Face it folks: abortion kills a human being.