The Canadian pro-life movement will not die: it will grow 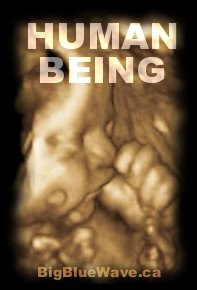 Joyce Arthur thinks Motion M-312 will be the nail in the coffin of the pro-life movement in Canada.

Never mind that there has never been more pro-life activity and attention than ever before.

If the pro-life was to die, it would have died after the 1997 Drummond decision. I remember in the late nineties, many pro-lifers were feeling mighty low.

Everyone just assumed abortion was a settled issue that would go away.

Well, they were wrong, weren't they?

It never occurs to the poor-choice community that Harper is losing support from his base precisely because he's not accommodating them.

Do you really think the pro-life base is going to go to bat for him in 2015?

If anything, Harper had to allow Motion M-312 as a crumb to his pro-life caucus.

He knows that he cannot go into the 2015 without his pro-life caucus on his side otherwise the bulk of the grassroots will not be with him.

There's one thing people forget about pro-lifers: what they lack in numbers they make up for in determination.

Remember the Great Canadian Wish List contest in 2007? How is it that in a country where legal abortion garners the support of the large majority of Canadians, pro-lifers were able to win that contest, even though they are outnumbered?

For the simple reason that pro-lifers will fight harder for their issue than just about any other interest group in Canada.

The truth is the pro-life movement is growing around the world. Sit up and pay attention. There wasn't all this pro-life activity going on when I was a kid. The Catholic Church wasn't as pro-life as it is now, and it's only becoming more orthodox. There is now a news network-- Sun News-- that gives our issue considerable air time, and newspapers have never given more space to the abortion issue than now.

Canada's pro-life movement is not going to die. It's going to grow.

The Conservative Party needs us.

The only thing is pro-lifers must learn not to give their votes away to any old candidate just because their signs are painted blue. That's the only weak link in the political chain.

The main thing we're missing in the pro-life community now is the cultural component to our movement.

The reason Joyce Arthur can be so confident about the eventual demise of pro-life beliefs in political life is that there is an almost complete absence of pro-life thought in our culture.

So that's what we have to work on.

Because political change  does not and can not come about simply from arguments, debate and House of Common motions-- as important and necessary as they may be.

We have to reach the greater culture with our message in an entertaining, unaggressive and unobtrusive fashion.

I would like to part with a history lesson. Bill Clinton was elected U.S. President in 1992. It was a horrible moment in the struggle for fetal rights in America. He vetoed the ban on partial birth abortion twice, and passed the FACE Act, and in general, shored up the forces supporting abortion.

Meanwhile, the pro-life movement grew in the United States.  In spite, and maybe because, of political adversity. The partial birth abortion bill, destined to be vetoed, was the conversation piece necessary to turn momentum around.

And the poor-choicers underestimated their opponents then, too.

But please, abortion supporters, continue to ignore me. I wouldn't want to shatter your illusions in the least.