The second cannibal asks, "What kind of Missionary do you use?"

The other replied, "You know, the ones that hang out at that place at the bend of the river. They have those brown cloaks with a rope around the waist and they're sort of bald on top with a funny ring of hair on their heads." 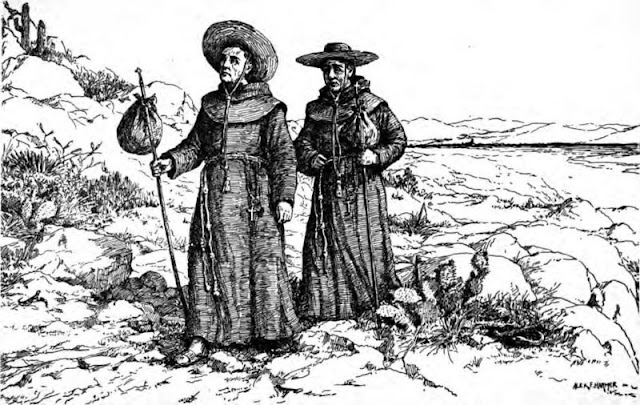