I'm Not Confident of Obama's Defeat, Either 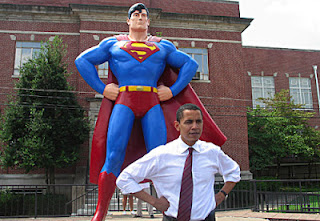 For months and months, I've been reading about how Obama will be a one-term president in the twittersphere.

Back in `96, Republicans thought Clinton would be a one-term president, too.

I know Obama is bad, but Mitt Romney does not inspire love or admiration.

Whereas Obama does, God help us. Right or wrong.


If Romney is to win the presidential election, he will have to ratchet it up and notch. And Obama will have to  fumble the ball in a spectacular fashion-- which is not impossible.


People are just not fed up enough with Obama to throw him out. I don't see the deep disgust necessary among middle-of-the-road non-partisan Americans to be assured of a defeat. People prefer the devil they know to the one they don't.

And frankly, I'm not sure it really matters. Romney can say he defends the right to life, but his record shows otherwise. His discovery of pro-life beliefs reminds me of criminals who are anxious to tell the parole board about how they found Jesus in prison.

So I tend to agree with Kathy Shaidle.