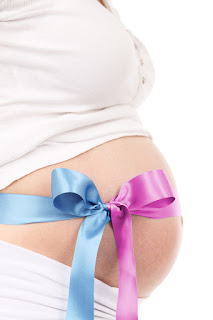 Too often, people assume that contraception is the solution to the abortion issue.

If  we only promote contraception, then there would be less unintended pregnancy, and therefore fewer abortions.

But here's the reality, as explained by a pro-abort:


What most people don’t realize is that, until the advent of LARCs (long acting reversible contraceptives), modern methods also have been impossible for most people to use perfectly over time. They variously require a level of planning, attention to detail, self-discipline, memory, communication skills, or manual dexterity that may be characteristic of some alien species but not ours. Combine imperfect technology and imperfect humans and, on average, one in eight couples relying on condoms for a year will end up with an unintended pregnancy. For women on the Pill, that number is one in twelve. In other words, for men and women who are genuinely committed to family planning, access to abortion has been a necessary back-up.


In other words, contraception is not the solution to abortion.

Abortion is the solution to contraception.

So even if you're pro-life, and you rely on contraception to prevent pregnancy, and you want to eliminate pregnancy at all costs, you may be in for a rude shock. Your contraception won't stop your own human failure, of the manufacturer's.

And that is when you have anti-abortion women who claim their abortion is okay because they did everything possible to eliminate pregnancy. When they didn't do anything different than half of the women at the abortion clinic.

We have to focus on changing attitudes.

We have to re-establish the connection between sex and life. When you divide the two, it only leads to abortion and death. You can't have sex on a long-term basis on not expect to become pregnant. That's the reality.

Email ThisBlogThis!Share to TwitterShare to FacebookShare to Pinterest
Contraception is not the solution to Abortion; Abortion is the Solution to Contraception
2012-09-03T13:41:00-04:00
Suzanne
abortion|contraception|fetal rights|m312|prolife|
Newer Post Older Post Home