Election Fallout: It's the Culture, Stupid! 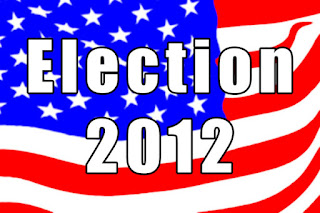 There's a lot of soul-searching going on among Republicans this morning.

There are many factors that contributed to the Republican loss but this much should be obvious:

There aren't enough Americans who believe in liberty, limited government, religious freedom and the right to life.


Some pundits are saying that the Republican Party should "adapt" re: dilute its platform.

There's nothing wrong with the Republican platform, generally speaking.

What is wrong is that I think many right-wingers take things for granted.

Republicans (and many right-wingers) have become Kool-Aid drinkers incapable of reading the signs.

I mean that in the nicest way possible.

There were predictions for a landslide victory for Mitt Romney when the polls were even (and sometimes Obama was ahead). I know that Democrats may have been over-sampled. Still, the polls were not showing a decisive Republican lead.

This self-blindness I see again and again.

Take the right to life issue (To pick one issue among many). So near and dear to my heart. I love you American pro-life movement, but sometimes I think you put too much stock in your victories.

And yes, momentum is in the pro-life camp but...

If there were a referendum on abortion in the US, abortion would remain mostly legal.

I know: you say: but most Americans are pro-life!

That's what they call themselves. And yes a sizable chunk of Americans are pro-life.

But it doesn't matter what they call themselves if they vote for abortion.

Momentum is on our side but momentum is not results.

Just because things look brighter than they were in the 1970s doesn't mean they're good.

This is just one example among many of Kool-Aid drinking. Listening to Republicans, you'd think that the majority of Americans embraced their point of view.

Well they didn't at the ballot box, did they?

And as if that wasn't bad enough, once Mitt Romney had secured the nomination, Republicans went around acting like he's the greatest thing since sliced bread when he brought in RomneyCare in his home state which he lost.

And oh yeah, he was pro-choice as a governor, but we're all supposed to believe that he suddenly converted for the pro-life cause. Right in time for the election.

So what should Republicans do?

Not dilute the your platform. You need to engage in a massive education campaign, for whatever issue that is dear to you.

Especially in the Blue States. There is where the need is greatest.

There is no point in trying to reach out to various demographic groups if it only leads to diluting the platform. There is already a Democratic Party.

American institutions don't transmit traditional American values, so the grassroots have to do it.

There is no point in trying to elect a more "pure" candidate, or a more moderate candidate if the people are not prepared to vote for that candidate.

The candidate himself isn't the be-all end-all. Issues are ultimately what matter.

If Americans are programmed to vote left on the issues, that is how they will vote.

Republicans have to work on changing the culture if they want to change the political situation.