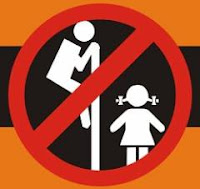 "We have serious concerns about the safety of women and children, which were ignored by the author of this bill," FCP Communications Director Eric Ames stated.

The party has repeatedly raised public concerns that the bill's provision to give men who identify as women access to women's washrooms. Ames indicated the FCP's concern that this would easily be used as an alibi for men seeking to do harm to women and girls in public washrooms.

"We are now asking the NDP, how will this be implemented so that predators aren't given a free pass to do harm?"

Last Monday, NDP MPPs Jonah Schein and Cheri DiNovo tweeted their outrage at the pamphlet that was distributed door to door, calling it another example of hate towards transgendered people. Ames disagrees.

"Bill 33 will affect the use of all services and facilities in Ontario. Where was the public discussion?"

In response to legal threats from the NDP, the office of Family Coalition Party leader Phil Lees has requested a meeting with NDP Leader Andrea Horwath and MPP DiNovo to help resolve the issue and address public safety.

"The NDP have met us with a wall of silence," Ames said.

The FCP intends to continue informing the public and putting pressure on Queen's Park to address the major gaps in the legislation.

"Since MPPs have time on their hands right now," says Ames, "they should be available to discuss important public matters."