A really, really good quote, read right through to the end... 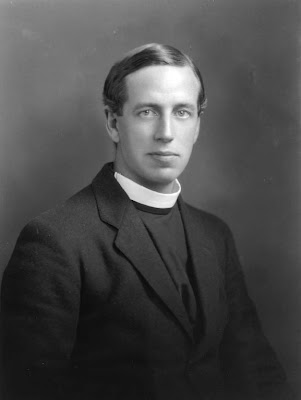 What do we mean when we talk about “worldly” people? It isn’t a very easy thing to explain or to define. But, roughly speaking, I think you can say worldly people are the people who either don’t believe in a future life, or don’t bother about a future life, and want to make this world as comfortable a place as possible for as many people as possible, always including themselves. They want everything to be efficiently run, trains going as punctually as possible, and food and drink and cinemas as cheap as possible, and newspapers as large and as chatty as possible, and nothing to make any disturbance in people’s lives–”Live and let live” is their motto. And of course all that was what Pontius Pilate stood for.He didn’t care a bit about whether our Lord was the Son of God or not, about whether he broke the sabbath or not, about whether he kept the law of Moses or not. He only wanted to keep the Jews reasonably contented, reasonably quiet; he didn’t want crowds of people going round shouting out slogans like “Hosanna to the Son of David”, or “Crucify him”-that kind of thing was bad for public safety, so it had got to be stopped. It wasn’t Judas, you see, it wasn’t Caiphas, that crucified our Lord. If they had done it, there was an intelligible motive for doing it. Caiphas and those others had at least the excuse of wounded professional pride, for wanting to put our Lord to death. Judas had a much more practical excuse–thirty pieces of silver. But Pilate didn’t dislike our Lord at all; he was rather impressed by him, he was certainly convinced of his innocence. And yet it was Pilate who crucified him. It was the world of worldly people, with its dislike of a scene, its dislike of a fuss, its doctrine of “Live and let live” that put Jesus Christ to death.


…No, the reason why Pilate consented to crucify our Lord was because the whole of our Lord’s teaching was a challenge to the worldly people who found the world a comfortable place, and wanted to go on being comfortable, and not thinking about God or heaven or hell. And that is really why the Christian Church is always being persecuted, century after century, in this part of the world or that. She will not let people alone, she will go on reminding them of uncomfortable things. You know what it’s like if seven people are sitting in a railway-carriage on a rather cold day, with both windows up and all the heating on and a really good fug to sit in; and then at some way-side station an eighth traveller gets in who opens the window to look out and say good-bye to his wife and then doesn’t quite pull it up to the top, so that some of the cold air gets in. That is how the world feels about the Christian Church, with her talk of heaven and hell. And all that, remember, affects you and me. Because there is always the temptation, for you and me, to lie rather low about being Christians, out of human respect, when we are living among people who don’t share our beliefs; to talk as if sin didn’t matter very much, and God didn’t mind very much, and there was no heaven or hell to worry about. But, although there is no sense in trying to ram our beliefs down people’s throats all the time, that temptation I have been speaking of is one we have got to be on our guard against. When we say the Credo, and find ourselves repeating the words, ” He suffered under Pontius Pilate “, we have got to remind ourselves that it is not our business, as Christians, to toady and flatter Pontius Pilate, that is, the world.

Taken from The Catholic Breadbox, my Catholic quotations blog.