Sperm donation: what harm could it do? 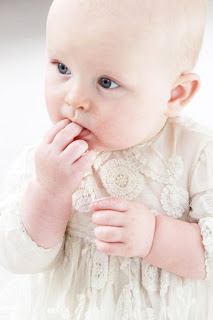 I feel the void of my father more so than ever as an adult. I had no father to walk me down the aisle at my wedding. My son had no grandfather present at his birth or his brit shalom (and he most likely won't have one at his bar mitzvah). Father's Day hits me hard. I've lost more than one job in my life simply because I couldn't drag myself out of bed on that day. I don't celebrate my birthday at all. I resent my mother a lot and we don't speak to each other. My mom did a great job of raising me -- I ate homemade dinners every night, I went to Disneyland every summer, and most importantly, I knew I was loved -- but I can't help but resent her. I feel her actions were selfish. Emotionally, it's very hard for me to accept that I was conceived out of convenience and not love. That the only reason I'm on this earth is because some random guy jacked off into a cup while looking at a Playboy.


This issue makes me think of how divorce was justified in the Seventies and Eighties. It's better for kids to not live in a house where the parents are fighting all the time.


How about the parents just stop fighting? That'll solve the problem.

Of course it's not about the kids. It's about the parents not wanting to do what is takes.

Some people want kids but don't want the marriage that goes with it. They're trying to re-invent how human beings work. They tell themselves that if they just have the technology, and just love the kids enough, everything will be alright because everything about how human beings operate is entirely in their heads. Change what human beings think, and you can change how they function.

It doesn't work that way. Human beings are made a certain way, with certain needs, and you can't will those away. They need a mum and a dad, and when they don't have one, they're at a serious disadvantage.

That some people manage to get through life without one doesn't mean it's not a disadvantage.