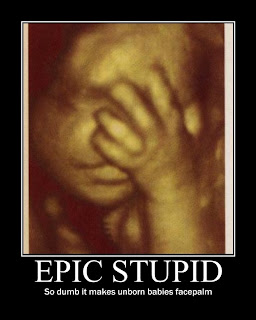 For hours after they came to the clinic, patients were left naked from the waist down (the clinic provided no robes, only blankets that were washed once a week). Women sat in bloodstained lounge chairs in the “recovery room” while unlicensed, unsupervised workers gave them large doses of various drugs. Cytotec was administered hourly, or whenever the staff got around to it. Pills of either 100 mg. strength or 200 mg. – the workers were unclear what they were giving –were administered both buccally, that is, by placing them in the patient’s cheek or lip, or vaginally. These frequent doses of Cytotec made the women’s uteruses contract and cramp, throwing them into active labor and causing severe pain. Kareema Cross, a co-worker of Lewis’s, testified that as the patients got “bigger and bigger” over the years,the workers would give more and more Cytotec.

To make the patients “comfortable” – and keep them quiet – the clinic’s unlicensed and untrained workers used butterfly needles for IV access and injected several different strong, sedative drugs into the women and girls in order to, as Latosha Lewis and Kareema Cross put it, “knock them out.” All afternoon and evening, as patients woke and complained of pain, workers would continue to medicate them with injections of sedatives. Between doses, the staff would leave patients largely untended. This would go on until the doctor arrived, some six or more hours after the patient did, or until the woman delivered. Very often, the patient delivered without Gosnell being present. Lewis testified that one or two babies fell out of patients each night. They dropped out on lounge chairs, on the floor, and often in the toilet. If the doctor was not there, it was not unusual for no one to tend to the mother or the baby. In fact, several of the clinic’s workers refused to deal with the expelled babies or the placenta. So, after delivering babies, women and girls would have to just sit and wait – sometimes on a toilet for hours – for Gosnell to arrive.

Lewis acknowledged that she would not do anything but wait with the women:

A lot of times this happened when [Gosnell] wasn’t there. If . . . a baby was about to come out, I would take the woman to the bathroom, they would sit on the toilet and basically the baby would fall out and it would be in the toilet and I would be rubbing her back and trying to calm her down for two, three, four hours until Dr. Gosnell comes. She would not move.

James Johnson, who supposedly cleaned the clinic and bagged its infectious waste, confirmed Lewis’s account. He testified that sometimes patients “miscarried or whatever it was” into the toilet and clogged it. He described how he had to lift the toilet so that someone else – he said it was too disgusting for him – could get the fetuses out of the pipes.

Amazingly, these premature deliveries – what Gosnell called“precipitations” – were routine. The doctor’s customary practice called for intense and painful labor, accompanied by heavy doses of potent drugs, all while he was absent from the clinic. Lewis said Gosnell told her that he preferred it when women precipitated, often before he got to the clinic, because it made his job easier. A surgical procedure to remove fetuses, Lewis explained, could take half an hour. Whereas there was little to do – just suctioning the placenta – when babies were already expelled. In addition, by avoiding surgical abortions, Gosnell was less likely to perforate the women’s uteruses with surgical instruments – something he had done, and been sued for, many times.

If fetuses had not precipitated, Gosnell would often have his staff physically push them out of their mothers by pressing on the mothers’ abdomens.